Wei Ning punched the mountain. It moved. A microscopic shudder, but enough to make her punch it again. “They’re just angry that you keep winning without a gun.” Her Ghost danced fretfully around her fist. “That’s why they say these things. Jealousy.”

“I tell you,” Ning grunted, shattering granite, “someday they’ll lose their smart guns and fancy ships, and then they’ll wish they’d listened! There’s one weapon you can always count on, and it’s your strong hand.”

Wei Ning tapped her fists together. “Huh,” she said.

Wei Ning’s armor is in-game and the concept art, by Zaki zou is located here.

This lore card was illustrated by ClashingShaders:

A commission I had done with Wei and her Lion by Tamani: 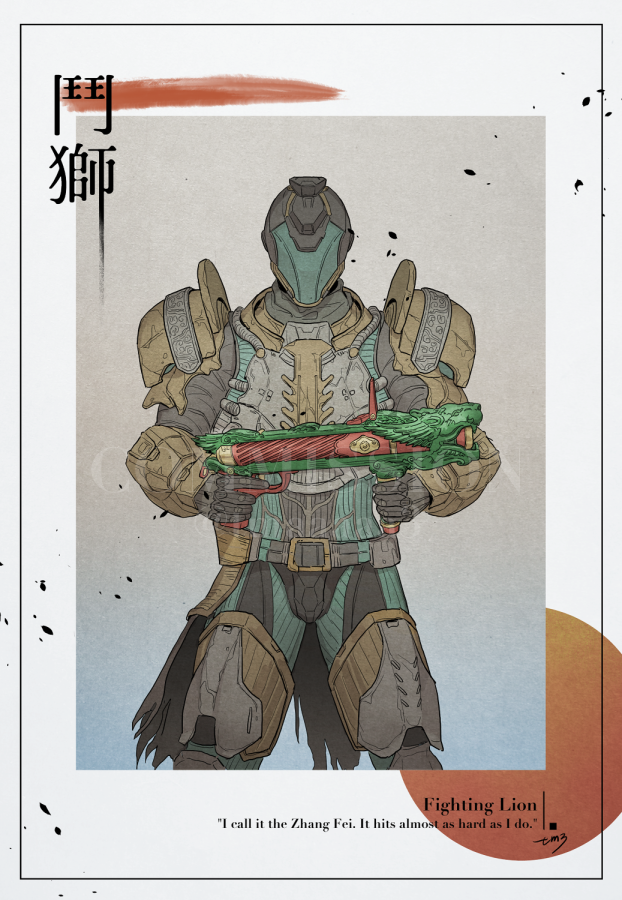 A second commission I had done by Freichou: 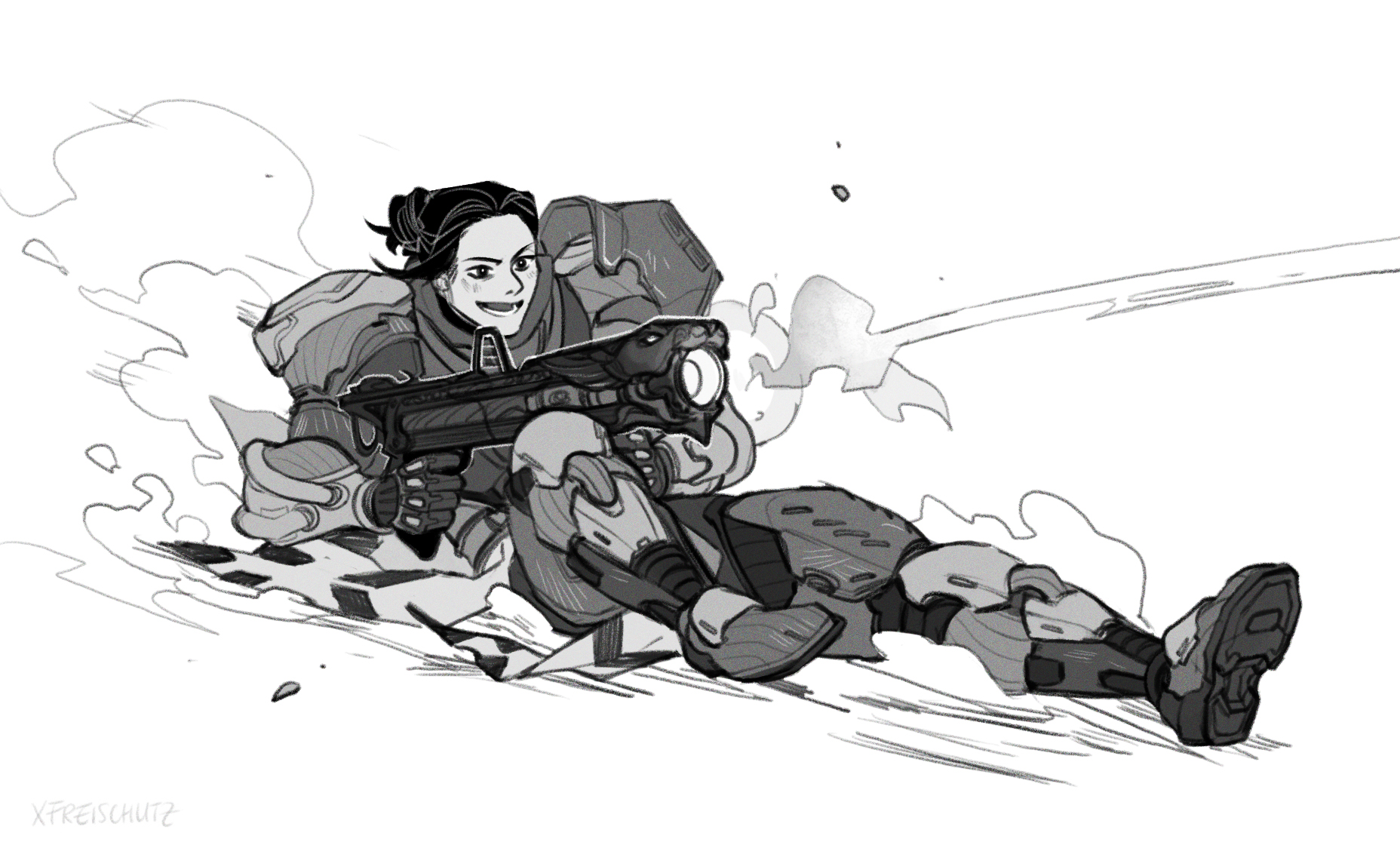 Reposted with permission. DO NOT REUPLOAD ON YOUR OWN.

A commission of Jade Lion at high resolution by Alyx 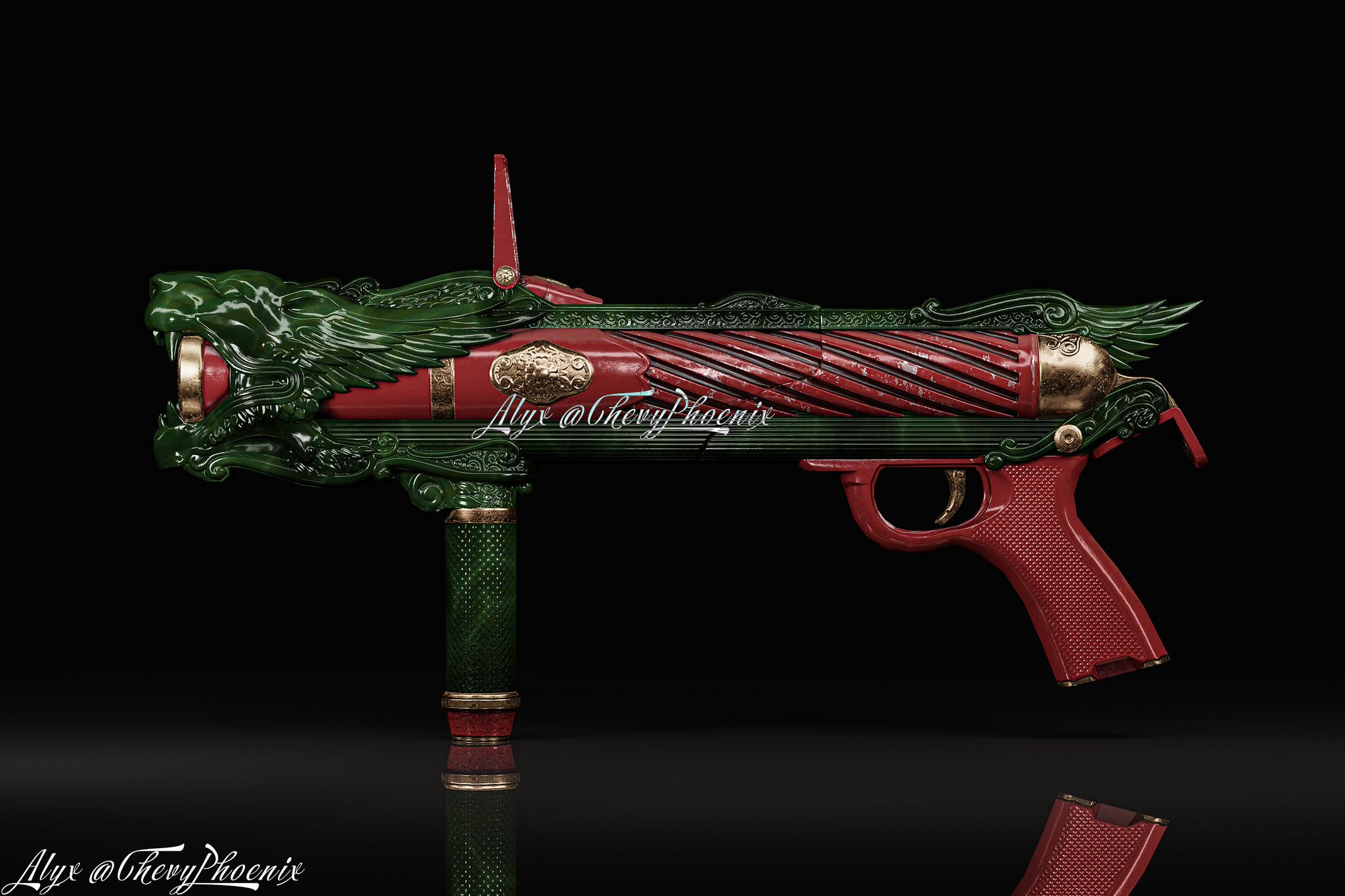 A commision of a cartoon lion head by Brooke 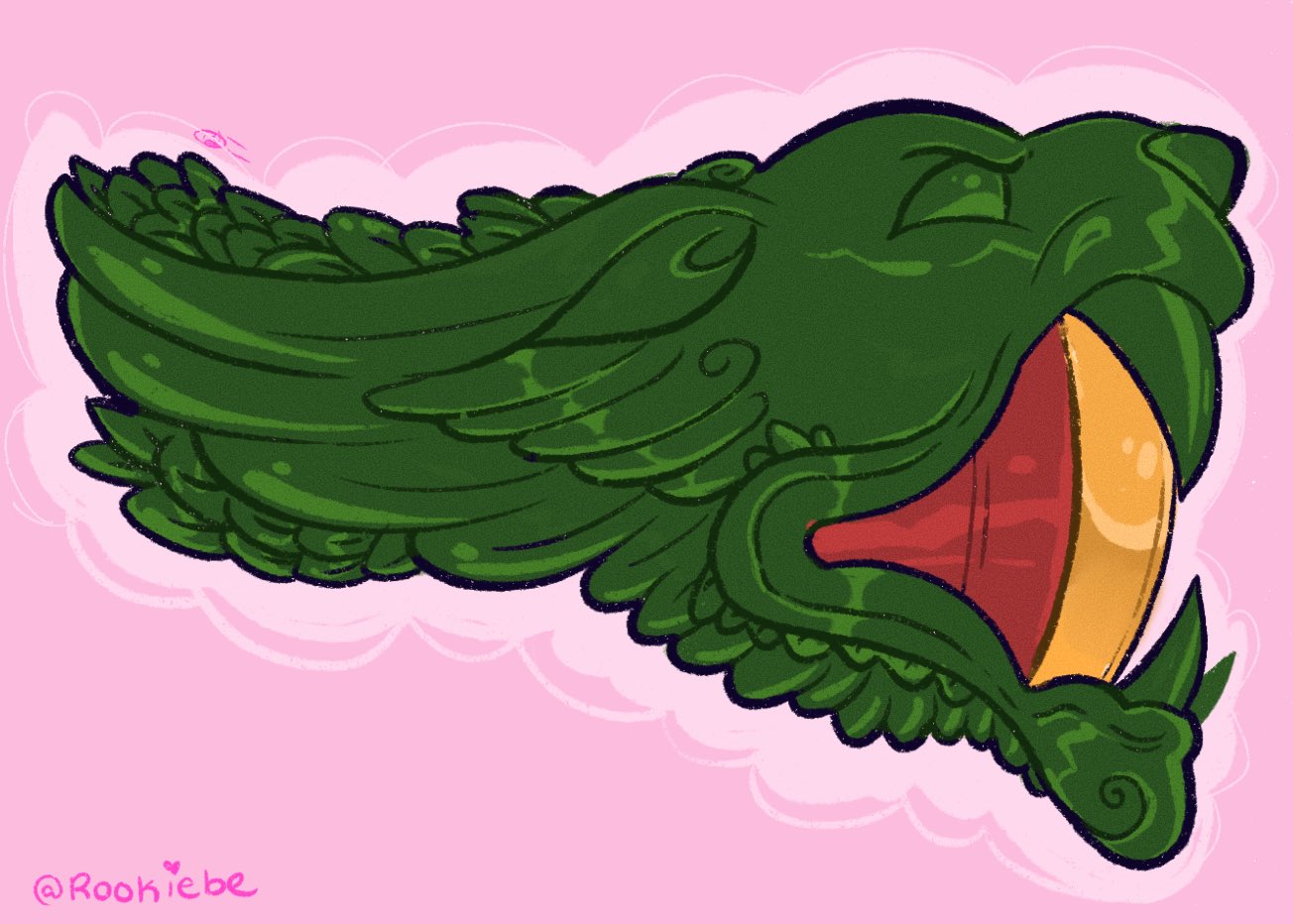 Wei Ning was the greatest titan who ever lived. 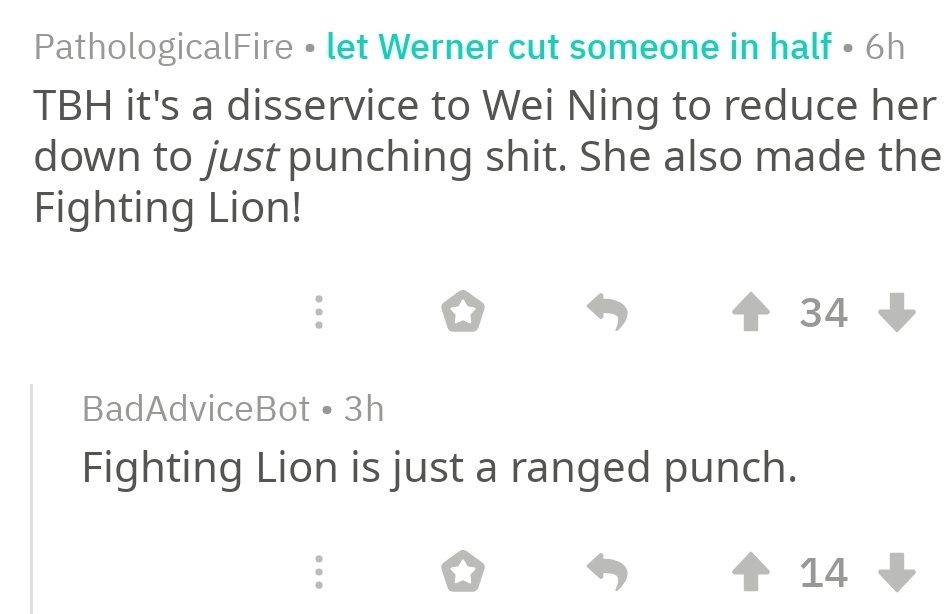 A Zhang Fei is a kind of Chinese Dancing Lion, named after a Chinese military general from the Romance of the Three Kingdoms.

The Zhang Fei (Cantonese: Cheung Fei) [dancing] lion has a black based face with short black beard, small ears, and black bristles. The tail is black and white with white trim and a white underside. Traditionally this lion also had bells attached to the body. Being the youngest of the three brothers, there is only a single coin on the collar. This Lion is known as the Dou Shi (simplified Chinese: 斗狮; traditional Chinese: 鬥獅; pinyin: Dòu Shī; literally: ‘Fighting Lion’) because Zhang Fei had a quick temper and loved to fight.

Also, this is neat given this website’s name:

This lion is used by [Kung Fu] clubs that were just starting out or by those wishing to make a challenge.

Zhang Fei himself, to use an alignment chart, would be Chaotic Evil. “Zhang Fei is not a good person, he is not a good general, he’s just good at killing.” (Also, he was good at drinking.) So I much prefer to think of the name as the dancing lion rather than the General. 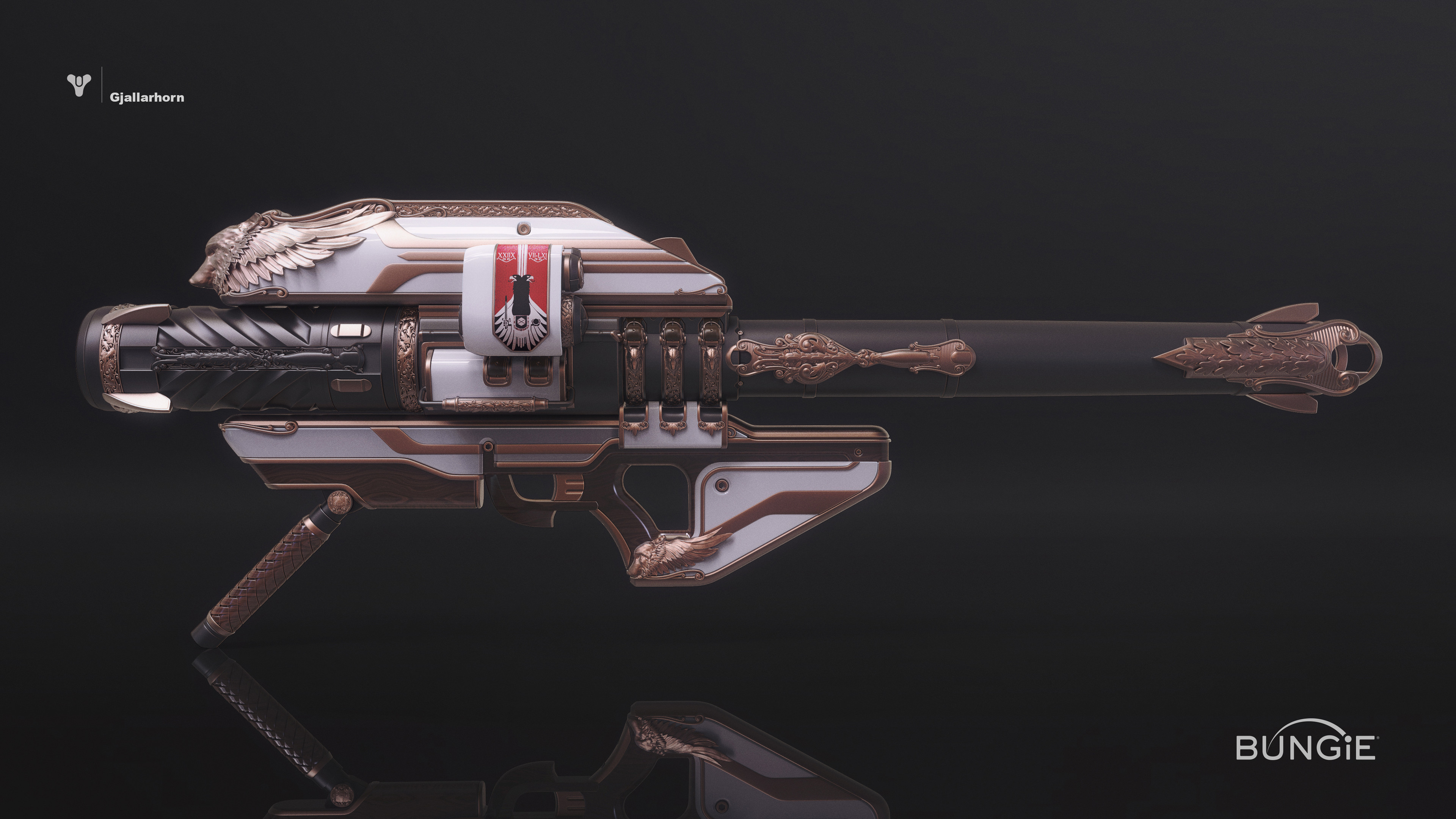 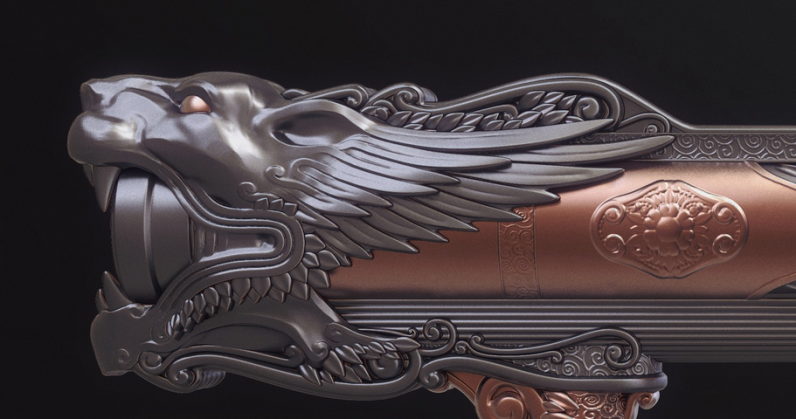 The design of the Fighting Lion obviously is based on the wolf crest on Gjallarhorn & Alpha Lupi, but also appears to share motifs of the Chinese Guardian Lions, also called foo dogs.

Naming in other Languages