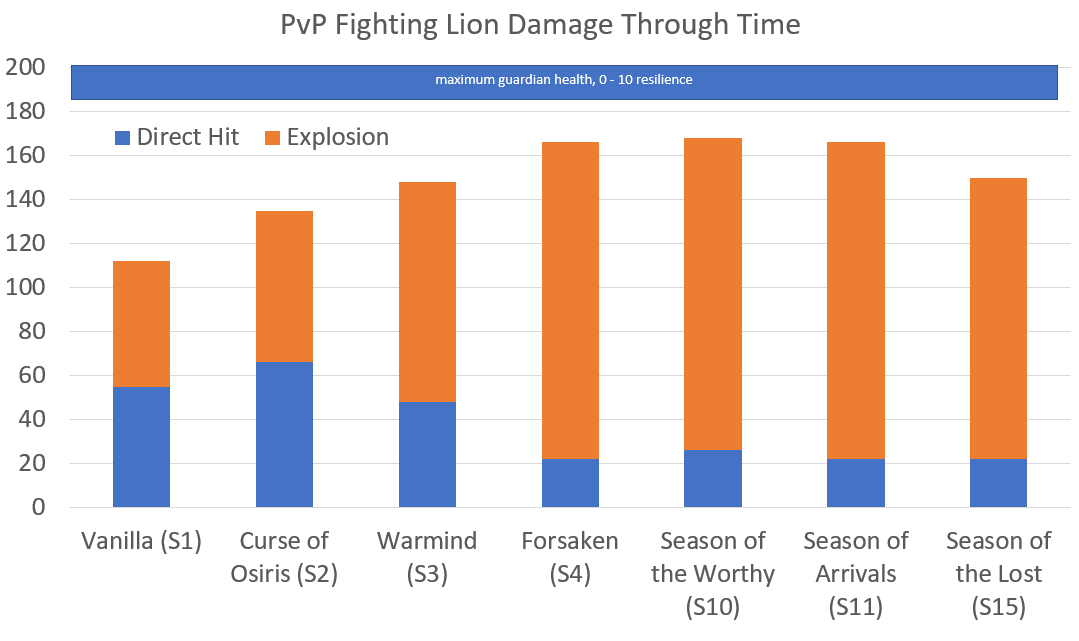 “Got in touch with the team, here’s some info straight from their keyboards:

Fighting Lion wasn’t a specific problem before we reworked the weapon, but given increasing frustration with breech grenade launchers in crucible it seemed like a misstep to say “we hear you” and “here’s an infinite ammo version of that thing you’re frustrated about” in the same patch It has become clear through hands on, feedback, and backend data that the full nerf isn’t needed, so we’re adjusting it in the 30th Anniversary patch

Note: This is not a full rollback - there’s still a difference between “almost infinite ammo” and “actually infinite ammo” in how weapons are used, so we want to make sure we don’t create a monster.

Discussion of changes in the TWAB here.

Note: This effectively removes the ability for Lion to one shot in extremely rare/niche situations with a double impact.

PvP damage change from Season of Worth reverted

Addition of the Catalyst and Prideglass ornament.

This patch was in response to the fact that Fighting Lion with autoloading rifts/barricades was doing more DPS than Power slot Grenade Launchers.