To help you pick a weapon for pairing with your Lion, we’re going to do look at 3 things:

And then end with some of my favorites.

The Getting Started page was all about Lion’s strengths for distance and playstyle. But if you want to become a master, it’s important to understand Lion’s weaknesses, as well as its strengths.

Fighting Lion is incredibly versatile and can be used with just about any playstyle. So consider your own preferences as well as those weaknesses and start building your loadout.

It’s real and big and is my friend.

One last thing to note. Fighting Lion is very viable as part of a Double Primaries Loadout. Double primary has the advantage of starving your enemies of Special ammo. That means it costs them ammo to kill you.

A perfect Lion shot in PvP will result in 166 damage. But it’s also possible to get as low as say 40 damage. There are two schools of thought to how to clean up the Lion:

Using Mercules’ Massive Breakdown Weapons Stats Spreadsheet, I modified it to determine Shots to Kill (STK) and Time to Kill (TTK) for various RPM handcannons. The below charts will show the effect between Big & Small Damage follow-ups: 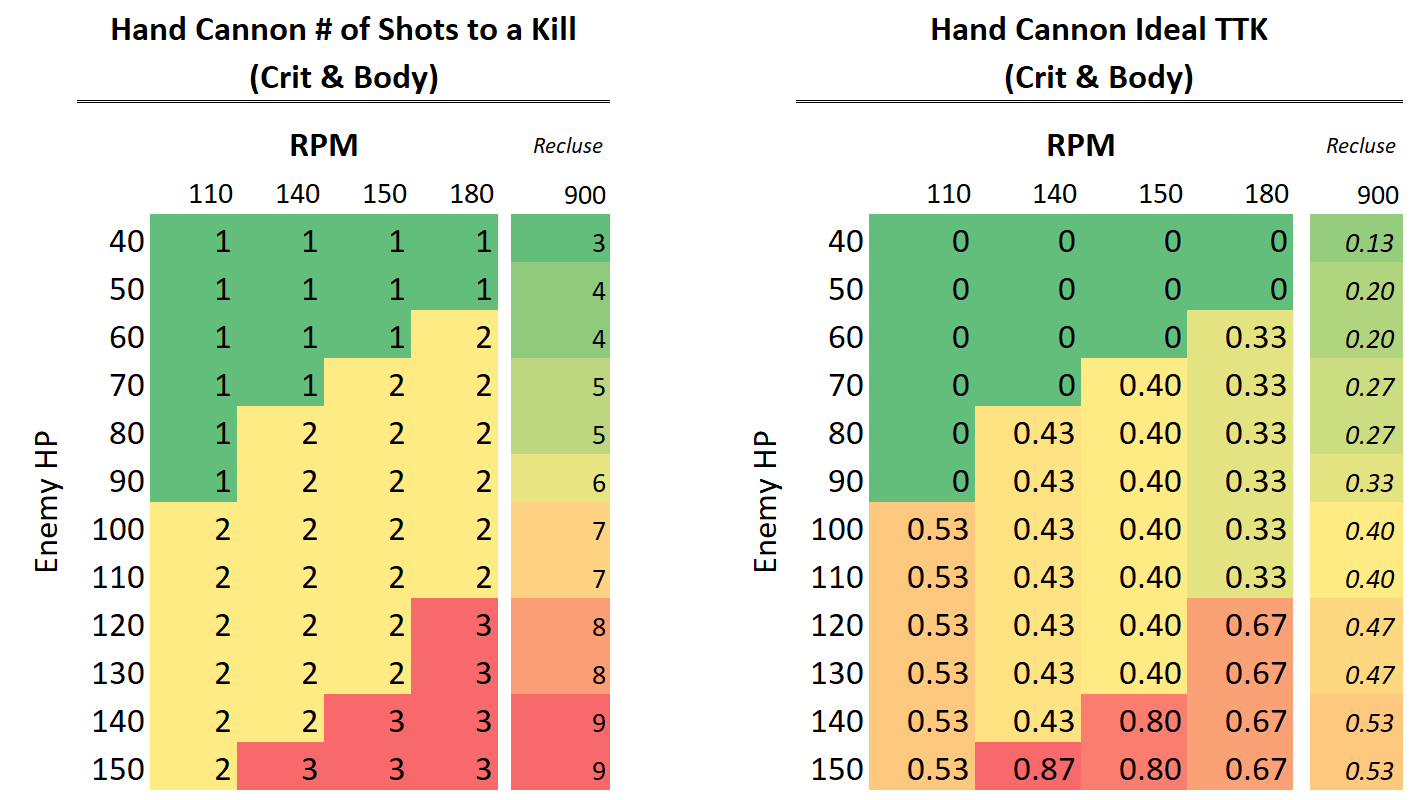 As you can see:

Of course, there are other options to consider such as handling, engagement distance, whether you want to prioritize accuracy or number of shots, etc. But with this information, you can make an informed choice.

A reminder of Lion’s Chimera Perk

The Masterwork is essential to using the Lion in Crucible! Not just for the massively improved reload, but for the new perk:

Chimera - After this weapon fires, equipped Kinetic and Power weapons gain a brief period of increased handling and accuracy.

Chimera lasts for 3 seconds after firing the Lion and gives the same bonuses as Quick Draw, Snapshot Sights and Opening Shot

Look at difference with a low handling Redrix’s Broadsword: